I tried going to this Hawker Stall in Chinatown Food Complex about a year and a half ago.  This was after they acquired their one star from the Michelin Guide.

The queue snaked around like one was queueing for the hottest club in New York. I half expected to hear thumping techno music and to see a couple of enormous goons with dark glasses blocking your way and asking for your ID in front of a stanchion before letting you through, so that you could yelp your order to Uncle Chan.

And who was queuing?  It was like the United Nations.  Half the crowd was obviously tourists.

How do I know?  Which Singaporean brings their Leica with a zooms lens to a hawker centre to snap copious numbers of pictures while chattering and pointing excitedly?

Ah the petite Japanese aunties standing together in line politely.  And how do I know they are Japanese? 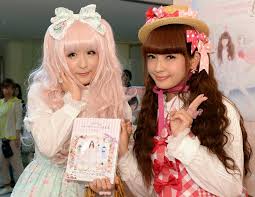 Were they in cos play doing the kawaii sign ?

No, it was what they were wearing in a hot hawker centre.  Duh. 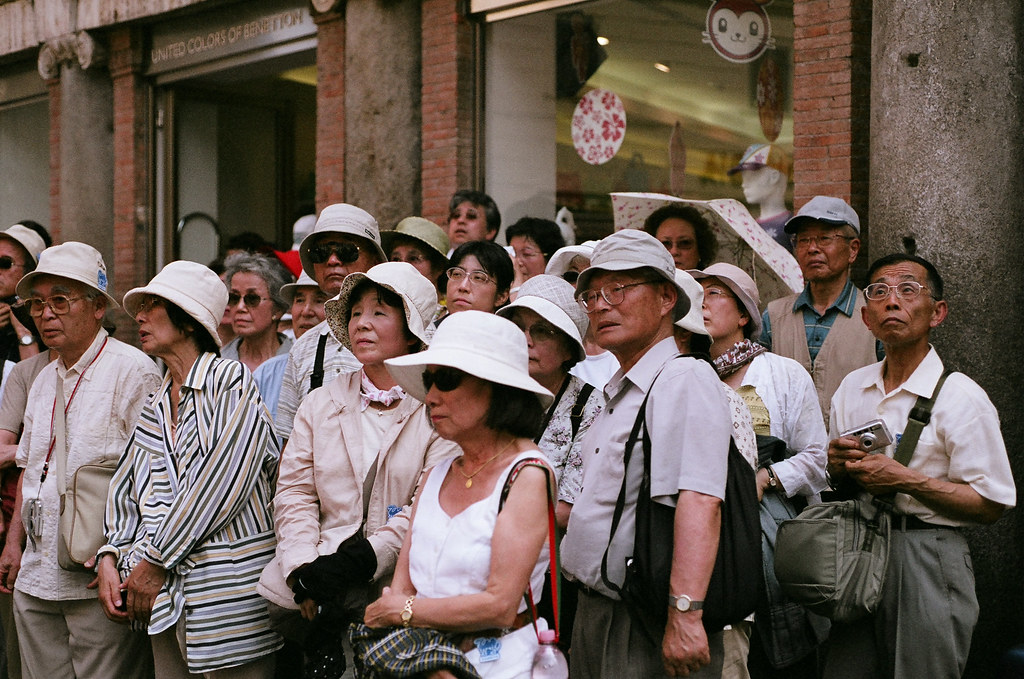 Ah and I see our Chinese friends are here too. You could hear them even before you approached as they were standing right next to each other shouting to each other in conversation.

What is the reason for this ? Is China a very noisy place ?

I half expected to see the flags going up and the tour guide blowing whistles and shouting through a megaphone.

There was Caucasian guy with asian girl.

But quite steady, he was wearing sloppy funeral shorts (shorts you have worn at home for 20 years and so comfortable you would want to be wearing it at your own funeral) and legit HDB flip flops – so quite singaporean already.

Pass – you may marry the girl with Singapore’s blessings.  But better chop chop quick la.

The rest – executive sorts looking determined and decidedly stoic but perspiring like a pig wearing latex and a headband, the ubiquitous ah beng with curly hair and gold Rolex (its like god wanted to put together a universal cliche), students, some parents with kids, the Ah Pek who has given up on hygiene.

I estimated if I got in the queue, the waiting time will be at least 45 minutes.  Maybe even 90 minutes with the Bouncers checking ID and all.

So I left and returned 18 months later.  That’s how long I ponder about queues. The plan – to arrive just before the stall closes, pack and make a quick getaway.

And I was going to subject it to a stress test to see if it deserves the star.  Pack it and eat it only 3 hours later when it is cold and soggy.

So if it tastes good even if …

What’s wrong with these people ??

I need a stiff drink.

I promise you this literally materialised around the corner !

Who has heard of a stall like that in a hawker centre ?

It’s like God wanted to make amends and be nice. And he created this pop up just for me.

Maybe if I came tomorrow this stall won’t exist and Uncle here will be selling fish soup?

The mystique is real.

But I passed on the heavenly nectar.

A week later, I tried my luck again. I was looking at my phone when I arrived at the stall. Strange, there was only one guy in a blue T-shirt ordering his food.

See – that’s what happens when you are patient, wait for the hype to die down, then plan your move.

I happily took some pictures and waited for Mr Blue T-shirt to get his food then pointed and told the hawker assistant ” one ……….”.

She said ” you have to queue up ” and pointed.

There was a small stanchion about 2-3 metres away and a queue you won’t believe that doglegged to the right! It was 30 man deep.

I sheepishly got to the back of the queue. You can’t even see the stall from the back.

When you have invested half your life queuing, you can’t just order a normal plate.

So when I got to the front of the queue dehydrated, fatigued and emotionally fraught from all that waiting, I ordered chicken, char siew and roast pork.

And the plate looked spectacular.

The chicken looked plump and still glistening and was a sight to behold.

The chicken was soft and juicy- really good start. But wait – I expected incredible taste on the palate. Where was it ?

I took another mouthful. Again it was nice and soft but the taste was like any other stalls I have tried – ok maybe a little better but not much more .

And where was the heady aroma from a rich sauce that should give a hint of 5 spice, star anise , sesame and good quality soy ? I tried the rice smothered by the sauce again and again. What I got was Tau Cheo (fermented bean) and a little saltiness but with little else.

What’s with the hype people ?

Ok to be fair it was good quality and their prices are reasonable and they give you generous portions. But I was expecting to be blown away and I just wasn’t.

Heck I’ve made something like this before and, now to think of it, it wasn’t half bad now that I’ve tasted this one star Michelin quality (ok now I sound like an Indian mother “dei Amma can make this at home so much betterer”)

I tried the char siew.

Again, the colours looked amazing and they used a bit of fatty pork so the taste is bound to be good.

The char siew was certainly above average and I thought had more taste than the chicken.

The roast pork was meh. I would not have it the next time.

So this bulldog was a little disappointed after waiting for 18 months.

I don’t know how a hawker food Michelin Star should taste like. But I guessed I expected more.

Would I queue if I knew?